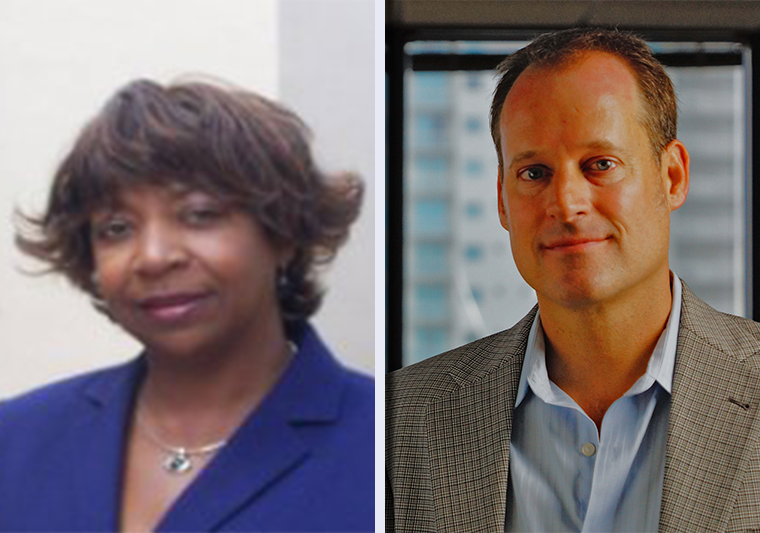 Above: Gloria Campbell & Chuck Egerter, President & Secretary of the Manhattan Casino Legacy Collaborative, were key drivers behind the group’s proposal to the City

For all the angry hype about Mayor Kriseman’s selection of the Callaloo Group to lease the historic Manhattan Casino (announced last Friday), it seems that only a select few people are clued into the actual facts of the case.

Gloria Campbell is one of them. She’s the businesswoman who jointly led the formulation of an unsuccessful competing proposal by the recently formed non-profit group, the Manhattan Casino Legacy Collaborative, which became the flashpoint for a Facebook flurry of outrage over the past several days.

Her passion – and that of her teammates – is worth our patience in actually taking the time to become familiar with the situation that’s caused two dozen community residents to vent frustrations.

Criticisms swirl around three issues that unfortunately are only partially factual, and more importantly, are not at the roots of the argument being put forth by the Legacy group itself.

Point of Outrage #1: Callaloo Group partners are not natives of South St. Pete, and lead partners do not live here.

Facts: This is true, but most of the competing Legacy group partners are not natives of South St. Pete either, and at least seven major players on its team – including restaurateur Gordon Davis, former State Rep. Ed Narain and Gloria Campbell – do not live here, though Campbell’s business office is located here. The fact is, many of the titans of black history in St. Petersburg were not natives of the city, including Rev. Enoch Davis, C. Bette Wimbush, Chester James, and Judge James Sanderlin, among many others. Yet they all left an enduring legacy that we honor to this day.

Facts: We would be in the same boat if the Legacy group were chosen, since that organization is a non-profit, which never intended “wealth building” as an objective of its bid to lease the Manhattan, and is prohibited from channeling private income or wealth to its board members, who by the way, are nearly as racially diverse as the Callaloo Group.

Point of Outrage #3: This is gentrification; black people keep losing land and property, and nobody’s doing anything about it.

Facts: This is not gentrification, at least not according to the widely adopted decades-old definition of the term (see below); and B. the City of St. Petersburg owns the facility, which means that no matter who had won the right to lease, there is no loss or gain of real estate to anyone involved.

Gentrification is a form of neighborhood change that occurs when higher-income groups move into low-income neighborhoods, increasing the demand for housing and driving up prices. First defined more than fifty years ago, it currently affects many American metropolitan areas. Market pressures associated with gentrification have the potential to force longtime residents with low incomes to move out, challenging communities that want to create or retain economic diversity.

The fact of the matter is, none of the above captures the heart of the proposal put forth by the month-old Legacy group.

According to Gloria Campbell, her team’s angst over the Mayor’s decision rests in two things: one, the loss of the opportunity to revive the spirit of the original Manhattan as a hub of music and culture (which was central to her proposal), and two, the lack of a fair shot to raise the funding needed to make a go of the Legacy group concept.

To this second topic, Veatrice Farrell, a Legacy group partner and program manager for the Deuces Live organization, says “We didn’t have the money in hand; that’s correct. But there have been other projects supported by the city that also did not have funding ready-to-go when they were approved.”

She points to the 14-acre Commerce Park project (located across the street from the Manhattan Casino) and the 18th Avenue South site (across from Tangerine Plaza) as examples. Farrell notes that city officials struck agreements with developers last year for development of Commerce Park, and more than two years ago, in the case of the 18th Avenue property. Neither has broken ground as yet.

Campbell says her fight is to save the music programming planned by the Legacy group for the second floor, especially for youth. “Our proposal would give a chance to so many young people to be part of something, to see themselves as future entrepreneurs and musicians.”

And Campbell hasn’t given up on the vision of creating a cultural mecca at the Manhattan. The Legacy group submitted a revised proposal three days prior to the Mayor’s August 18th press conference announcing Callaloo as his administration’s choice.

In it, Campbell asked Callaloo partners for $350,000 start-up capital and up to $250,000 per year in operating cash plus full control of the Manhattan’s second floor dance hall space.

Callaloo estimates that its own start-up expenses will be less than that. The group’s proposal cited a dollar figure of $400,000.

Campbell reports that her ask was rejected by the Callaloo team, but that talks may or may not continue. She and Ramon Hernandez, President of the Callaloo Group, were set to meet yesterday.

The meeting was canceled however, by the Callaloo Group. Per a Facebook post by Campbell, no reason was given for the cancellation.

“If there is any way to collaborate, I am open,” says Campbell. “No good is done for us to tear them down. It’s not fair to the community or to Callaloo to allow them to come in without community support.”

To view copies of the competing proposals:

3 thoughts on “Facts re: Fight for the Manhattan; Anybody Interested?”