Posted on February 19, 2020 by Gypsy Gallardo in News 0 Comments 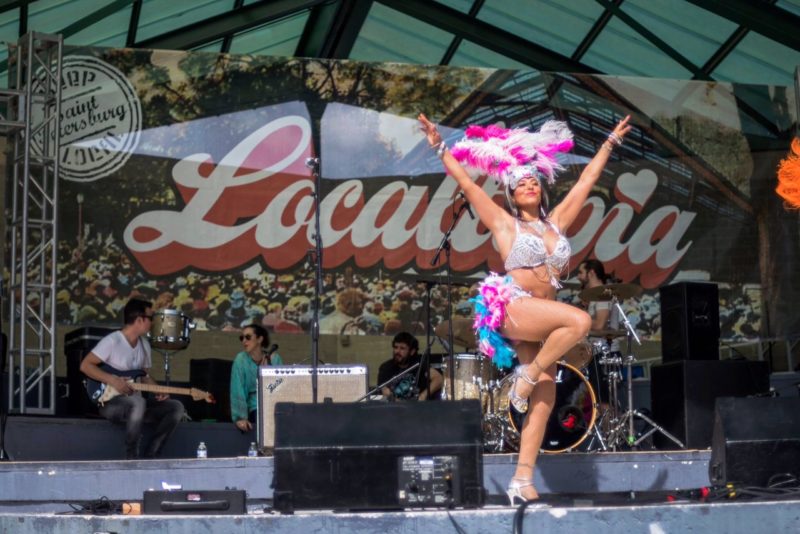 For each of the past six years, since Localtopia took flight, the mega fest has reflected the demographics of St. Petersburg’s thriving downtown and artist communities. Which is to say, the vast majority of vendors, performing artists and patrons were white.

Not that festival planners wanted it that way. According to Tahisia Scantling, lead organizer for a new diversity initiative for Localtopia, the absence of African Americans and other people of color is due to a lack of awareness and “that old mental perception that things that happen downtown aren’t for them.”

Scantling says, “Most black vendors and consumers I’ve talked with simply did not know about the festival, or if they did, they didn’t feel it was for them.”

The partnership was arranged by St. Petersburg’s Urban Affairs Director Nikki Gaskin-Capehart along with Olga Bof, Founder and Executive Director of Keep St. Pete Local, and Scantling in her capacity as Chairperson of the One Community Plan Business Network.

The One Community team is financially sponsoring 10 black-owned firms to be featured at the 7th annual event this week. Selected vendors include well-known brands such as Island Flavors & Tings’ vending Jamaican food and products, Uniquely Original Art Studio, Next Level Biz Network and Skin Kandii – a line of homemade natural skincare products sold in a half dozen local retail outlets.

Others exhibiting this Saturday include Tranquil Pathways, which books group tours to South Africa and other international destinations, TET Salon, with on-site African hair braiding, and consumer products by Agape Soles Shoetique, InSparkle Me, and Waste Trainers.

“They’re bringing an Afro-Caribbean flair to Williams Park this weekend,” says Scantling, “not only with their products but with their presence.”

“We’re providing the bridge and the opportunity pathways for more community businesses to grow in St. Petersburg,” says Watson Haynes, President of the Pinellas County Urban League and one of several leaders of the 2020 Plan and One Community Plan.

The group is currently leading a half dozen major diversity partnerships, thanks to funding support from the City of St. Petersburg, the Foundation for a Healthy St. Petersburg and other local philanthropists.

The Localtopia Festival takes place this Saturday, February 22nd, from 10 am to 5 pm at Williams Park and surrounding streets (see the festival map here). Event planners caution that parking will be tight. Bike valet is available at Williams Park. In addition to street parking throughout downtown, consider parking at Sundial St. Pete Garage (117 2nd Street N.) and the new Museum of the American Arts and Crafts Movement garage (350 3rd Street N.). 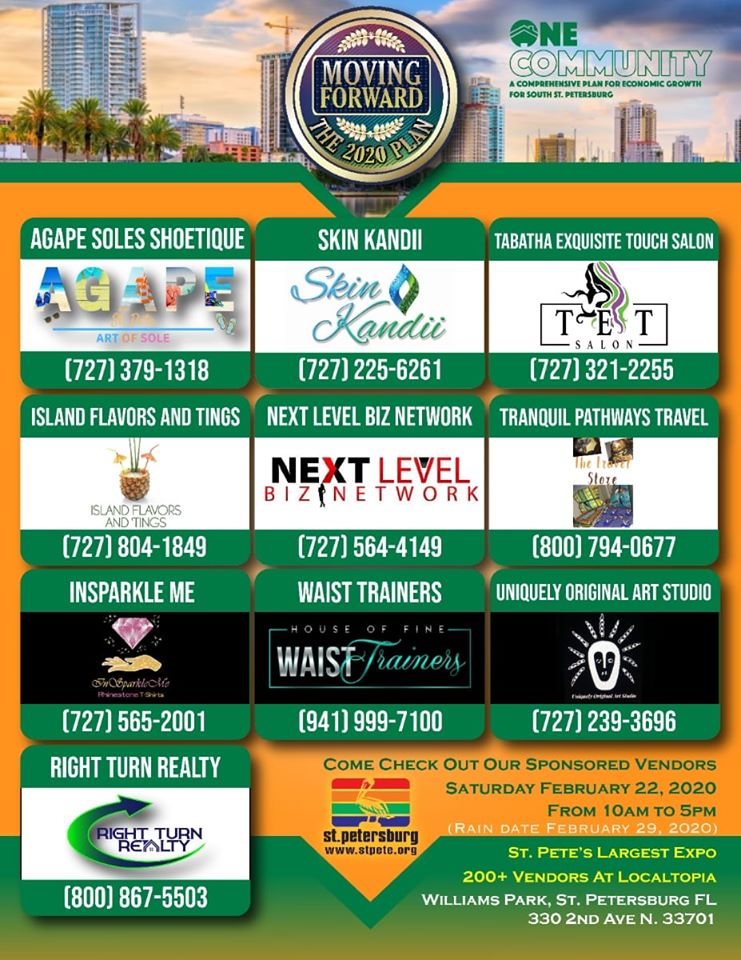