Posted on November 3, 2021 by Gypsy Gallardo in News, The Black Vote 0 Comments

Kenneth T. Welch was elected last night with a resounding 60% of the vote, becoming the 54th Mayor of the City of St. Petersburg, and the first African American ever chosen to be the city’s chief executive. His backers – Black and white – turned in record high vote counts.

Welch’s was the largest margin of victory in an open mayoral contest since St. Pete transitioned to the strong mayor form of government in 1993. He beat Robert Blackmon by nearly 21 points (60.5% to 39.5%). That’s one and a half times the 14-point margin of former mayor Rick Baker over Kathleen Ford in 2001.

African Americans were a vital force in Welch’s election. The city’s majority-Black precincts turned in their biggest ever ballot total – nearly 12,000. The precincts in question also gave Welch their highest vote share since the turn of the century (85%). 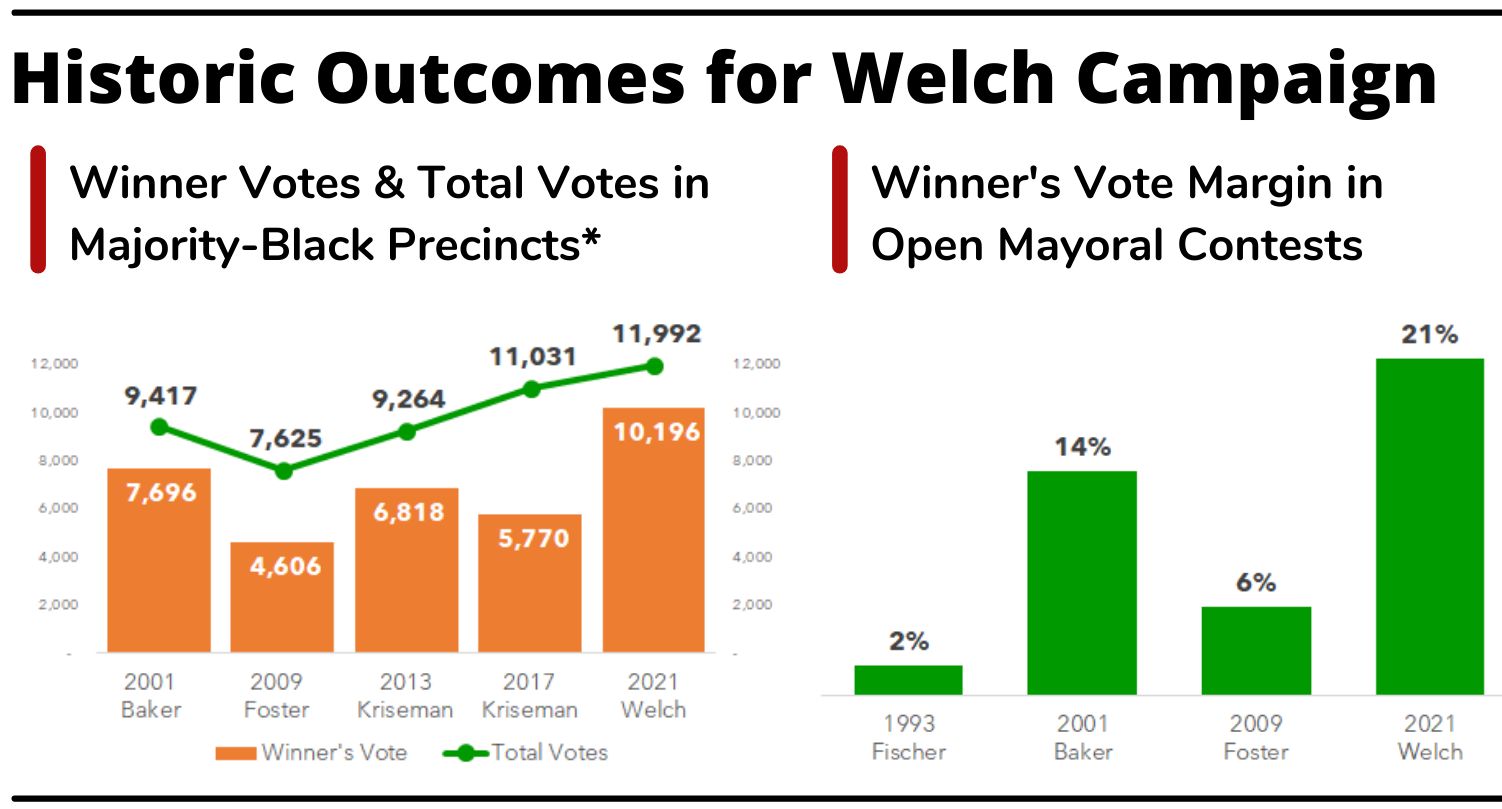 Despite the absence of the “south of central” drama that has surrounded past elections, African American voters showed up in force to support Welch.

Welch drew strong support from other groups too, including white Democrats (and a sizable number of Republicans and independents too, if pre-election polling is reliable).

Welch’s non-Southside vote also broke a record. Over 30,300 voters outside of majority-Black precincts stood with Welch in this election. For comparison’s sake, that’s more than current Mayor Rick Kriseman won in 2017 (28,761, which was a record at the time).

As one activist observed, “Welch clearly won a mandate-style victory.”

“You could see in the audience last night, with people of all ages, race groups and backgrounds, together in celebration,” said Esther Matthews, President of the St. Petersburg NAACP, who attended Welch’s watch party last night. “Diversity is our future and the diverse voters who backed Mayor-Elect Welch put an undeniable stamp on that.”

The fact that St. Petersburg elected its first Black mayor while voting “no” to the race-equity Charter Amendments on the ballot deserves a dialogue.

But that will have to wait. For now, Welch’s diverse coalition of backers is taking in the win. Well done to all involved!