Because silence is deadly and inaction = complicity 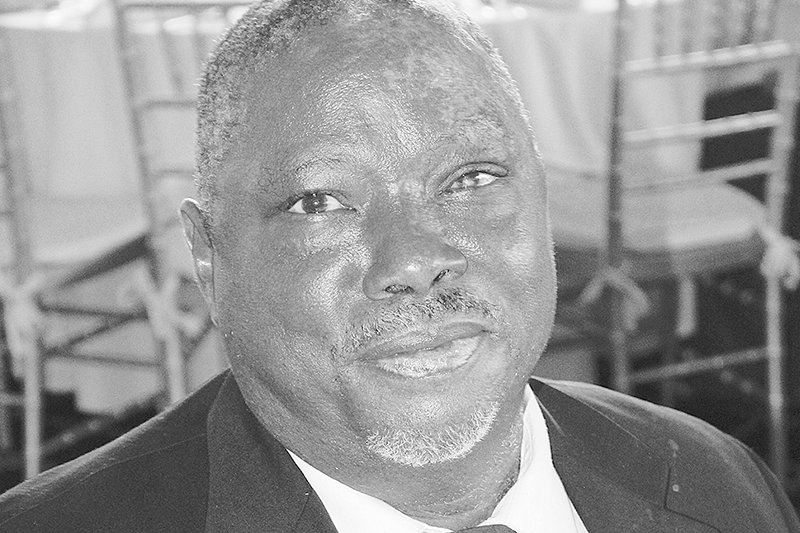 I was about to lay low and say nothing in this city election cycle. My attitude was “let the chips fall where they may.” What difference does it make anyway? African Americans have never gotten their fair share. And nothing for us is going to change anyway. As a great friend of mine once told me, “The policies of neither party are meant to benefit us.”

But as I thought and thought, I knew I could not keep still or be silent in the face of the sweeping wave of systematic injustice now being played out in state and national policy.  Yes, this local mayoral race is legally nonpartisan. But the person who sits in the mayor’s office represents everyone in this city on the county, state and national levels. They are the one who sets the tone for policies supported on each level.

Therefore, I cannot support a candidate who supports the current national GOP agenda of oppression and suppression of civil rights, voting rights and healthcare; or of one who has supported the oppressive policies of both the Bush brothers and of Governor Rick Scott.

This election is about much more than rattling a cage and making noise. It’s about sitting down at the table and talking turkey. It’s about us getting more than just the turkey butt and gizzard. We like thighs and some white meat too.

Now allow me to lay out some facts. Rick Baker, while being a very honorable and genuinely a nice man, we must consider the philosophies he believes and the policies he has historically supported.  The policies he has supported have disproportionately affected poor people and people of color.

Point blank and simple, Baker is a conservative Republican.

In the conservative thought, one seeks to spend as little as possible of the government’s money on social programs such as healthcare and education in order to fund tax breaks for the wealthy and fund the prison industrial complex as well as the of the military industrial complex.

It seeks to deregulate as much in industry as possible to increase shareholder profits at the expense of workers and the environment and consumers. These national policies all have very real local implications

I have watched the constant erosion of civil rights and affirmative action gains that were made under the Johnson administration. Ronald Regan ushered in a more powerful mindset on the right with the whole Moral Majority right-wing Christian conservative movement.

It was the beginning of many of the situations we face right now. It is during this time that we saw the birth and rise of the crack cocaine epidemic, HIV/AIDS came on the scene and the entire social safety net that had been installed was dismantled.

Social programs that provided jobs and training to low-income youths were defunded. The education system started moving to take money from public education and transfer it into the hands of private school providers at the expense of the very students they say they wanted to provide more choices for.

All industrial education was taken out of public middle and high schools, which have left millions of young people with absolutely no skills if they dropped out of high school. And the ones that did graduate still had no marketable skills.

All this lead to mass incarceration because of people having little or no economic opportunity, no skills, no legal way to earn a living. And many who fell prey to the drugs and became addicted were given harsh prison sentences rather than rehab.

In the time since Regan, the prison population has risen over 300 percent for men and over 600 percent for women. In 2008, there were 7.3 million people in America on either probation, parole or in jail and prison.

Again, these are national policies that have very real local implications.

So let’s look at what happened in St. Petersburg during that time. During the Baker era, we saw downtown redeveloped, and the pier that was already in decline and needed life support was given none. We got doggie parks. We did see the opening of the Sweet Bay on 18th Avenue and 22nd Street South; however, Mr. Baker did not cause the plaza to be there.

We saw home ownership in Midtown decline and poverty has steadily increased in the last 20 years.

Under Mayor Rick Kriseman, there is now $750,000 in the budget for such programs. Some are already in action such as Not MY Son, My Brothers and Sisters Keepers and Men in the Making.

Mayor Kriseman is reaching out to and making available opportunities to partner with the city and other non-governmental organization in the area to provide collective solutions. Not one person or only a few people sharing in the process, it’s open to whoever has a legitimate solution and properly credentialed organization.

There is one other issue that arises in this election and that is the subject of LGBTQ rights. Now I understand this is where I see how so many in the African-American community justify their support of Mr. Baker.

I have seen how over the last 40 plus years many elections have been swayed on this one issue. I have seen how politicians have courted pastors and bishops to encourage their followers to vote for the Republican candidate even though every other policy they stood for went against the very people they wanted to vote them. They knew that getting a fraction of the black vote could swing the election. And it did and it is happening in this race.

So, in this election, we must look at this for what it is. Yes it is local, yes it is a non-partisan race and yes Mr. Baker was a good mayor in many ways. But as much as everyone says he is not supporting the Trump regime, he has consistently supported the oppressive policies of the GOP here in our own city.

I find it hard to believe that he says he can fix all that he didn’t fix before and fix all that he has helped to make wrong. It’s not like he didn’t understand the plight of poor people and people in the inner city.

You tell me, what has the black community gained under Baker or Foster?

Kriseman has begun some programs that should have been started years ago. It will take time to realize the effects but the fact remains that at this time in history, Kriseman is on the right side of progress.

Surely we must press his feet to the fire so to speak, but I am not ready to go back.