Posted on September 22, 2018 by Gypsy Gallardo in News, The Black Vote 0 Comments 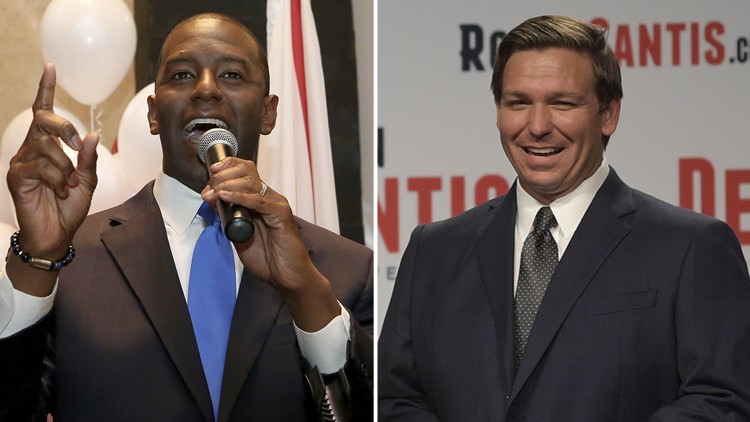 Despite widespread accusations of racist words and deeds by the Republican gubernatorial hopeful and his backers, recent polls say as many as one quarter of black Floridians are backing Ron DeSantis.

That’s an even higher share of African Americans who backed then Republican Charlie Crist to win the Governor’s seat in 2006 (18%). And its three times the 8% of black Floridians who voted for Donald Trump, according to exit polling.

It seems unlikely, given the “all in” energy of many African Americans hoping to see Democrat Andrew Gillum become Florida’s first black governor.

But two of the latest polls say one in four African Americans in Florida are in DeSantis’ corner.

In the week following the August 28th primary, it looked absolutely certain that Gillum would receive an Obama-sized share of black voters support. One post-election poll showed 93% of African Americans for Gillum.

So are the two polls above a blip of sampling error, or is there a real trend of black voters backing the man who made the infamous “monkey it up” comment about his Democratic challenger?

What the Polls Say about Black Voters in Florida