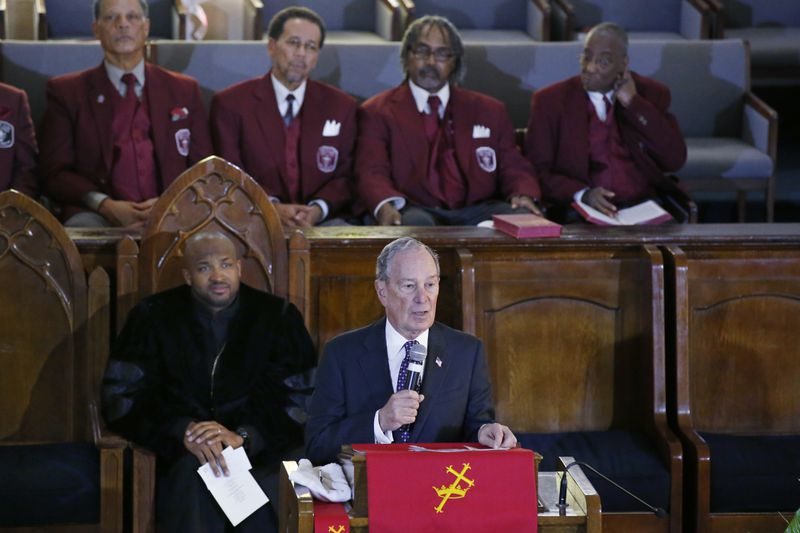 Mike Bloomberg took to the site of historic race riots in Tulsa, Okla., on Martin Luther King Jr. Day weekend to propose sweeping plans to redress the economic legacy of generations of discrimination against African Americans.

In an initiative similar to calls for reparations for slavery, the Democratic presidential candidate proposed $70 billion in investment in the country’s “100 most disadvantaged neighborhoods,” along with steps to create 1 million new black homeowners and 100,000 new black-owned businesses.

Sunday’s speech came as Bloomberg has sought to stem criticism of his handling of “stop-and-frisk,” the police tactic that disproportionately targeted people of color while he was mayor of New York City and an issue that remains one of his biggest liabilities among democratic voters.

“Well, it’s past time to say enough — and to damn well do something about it.”

Bloomberg spoke at the site of the Black Wall Street Massacre, the 1921 riots in which white mobs destroyed a thriving Tulsa business district, killing about 300 people. He began by admitting he’d been ignorant of the incident — exclaiming “How is it possible that high schools and colleges don’t teach this?” — and threaded his speech with mentions of Dr. King and the Supreme Court’s Dred Scott decision in 1857 that argued slaves were not citizens and could not sue for their freedom.

In Bloomberg’s plan, the feds would identify the 100 most disadvantaged neighborhoods in the country, then spend five years “to tackle the neighborhood conditions that perpetuate poverty and exclude the historically disadvantaged from growth and opportunity.” A new Neighborhood Equity and Opportunity Office inside the White House would oversee the program.

Bloomberg promised to utilize the same data-driven approach he brought to New York to tackle the economic effects of discrimination.

“If there is one data point that begins to capture the enormity of the legacy that has been handed down to black Americans, it is this: Today, the typical black family in America owns one-tenth the wealth of the typical white family,” said the billionaire founder of Bloomberg L.P.