The Florida Supreme Court ignored precedent and gutted Amendment 4. Now other rights are at risk. | Editorial 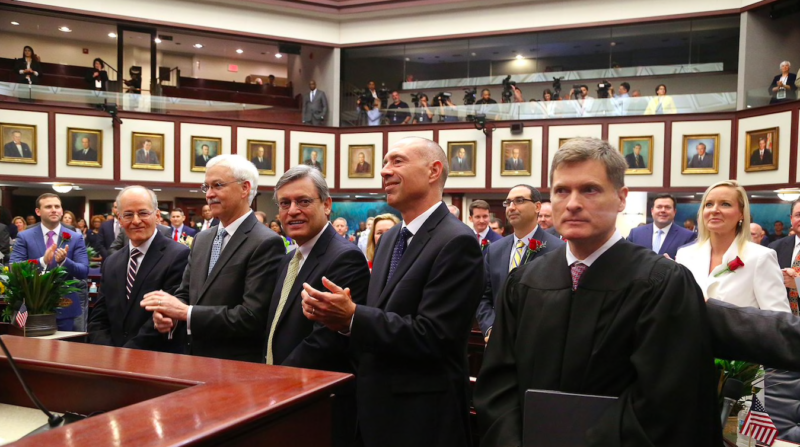 From  The Tampa Bay Times

It is no surprise the most conservative Florida Supreme Court in decades has joined Republican Gov. Ron DeSantis and the Republican-controlled Legislature in ignoring the voters’ clear intent to automatically restore the voting rights of most felons who have completed their sentences. This is what happens when one political party has an iron grip over all three branches of government. Even more concerning is how the court reached its opinion on Amendment 4 and what it could mean for other constitutional rights Floridians take for granted.

Amendment 4, approved by more than 64 percent of the voters in 2018, was intended to right a historic wrong that effectively disenfranchised felons in Florida since the 1800s. The constitutional amendment was expected to enable roughly 1.4 million felons to automatically regain their voting rights, but Republicans fear many of those felons would vote for Democrats and are trying to limit the amendment’s impact. Last week, the state Supreme Court agreed with the governor and state lawmakers that felons must pay every nickel they owe in fines, fees, court costs and restitution before their voting rights are restored. That would exclude hundreds of thousands of felons, although a separate federal lawsuit still could provide a path to the voting booth for those who demonstrate they cannot afford to pay.

Read the full editorial at www.tampabay.com