Turnout Tanked in Black Precincts in Pinellas; It’s Time to Talk About Why

Posted on March 18, 2020 by Gypsy Gallardo in News, Opinion 0 Comments 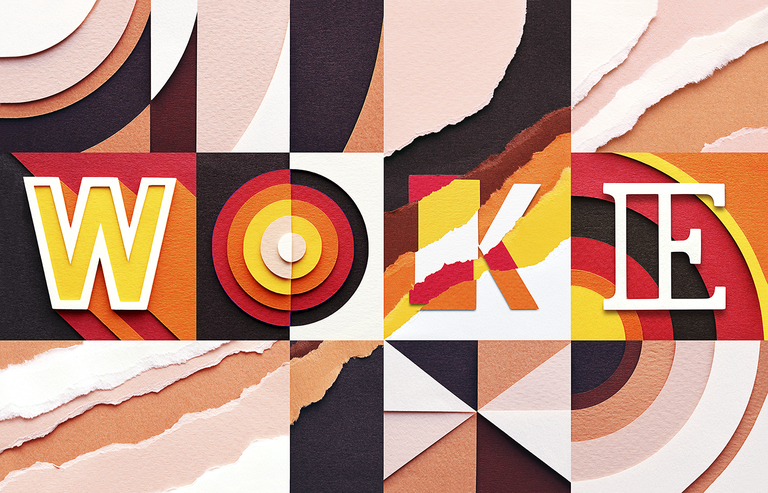 In one of the most politically active African American communities in all of Florida, voter turnout took a nose-dive in the March 17th presidential primary.

Though we don’t yet have demographic counts of the number of black voters who cast their ballots in Pinellas County, judging by precinct data, we may have just witnessed the largest cycle-to-cycle dip in black voter turnout, and the second largest turnout swing in either direction, in the 20 years of turnout analysis available for the community in question.

In the 19 precincts where African Americans were a majority of voters in the 2018 midterm elections (all located in southern Pinellas County), voter turnout fell to 33% in the 2020 presidential preference primary, down from 42% in 2016. It was 9-point drop in turnout and a 10.4% decline in vote count.

That was despite the overall climb in Democratic votes countywide (up from 106,779 in 2016 to 110,125 this year), which means that white and black Democrats are not on the same page. Yesterday’s results show the very likely scenario that the white Democrats’ vote count and turnout rate ticked up while the black Democratic vote fizzled in a way I’ve never seen.

And turnout was worse in the precincts with the densest concentrations of black voters. In precincts where 80% or more of voters are African American, turnout was 29% in yesterday’s contest. 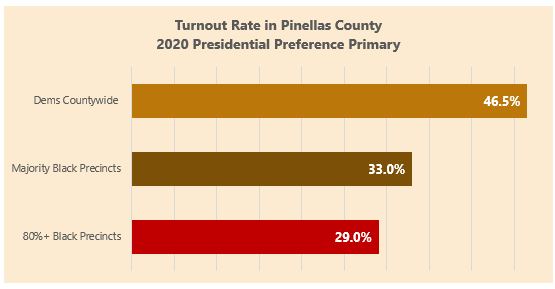 I sounded the alarm last week in a piece titled To Pinellas Democrats: 3 Imperatives for Epic Black Voter Turnout in 2020. In it, I reminded Pinellas Democrats that the black vote fell significantly in 2016 (in the Hillary v Trump race) and that we were seeing signs of the same fiasco taking shape this year.

Bernie voters disheartened and breaking away…a large handful of black voters pulling back from the black establishment choice (a trend that flourished in both 2008 and 2016)…young voters being convinced that it’s “Woke” to refuse to vote…Russian manipulation of deep racial divides on social media.

The warning received a polite nod from a few Democratic party leaders, but nothing more.

If we pride ourselves on being a bellwether county in a battleground state, we’d better act like it.

Coronavirus was surely a factor in yesterday’s downturn (my sister didn’t cast a ballot for the first time in a long time due to fear of the pandemic). But that isn’t all that kept black voters home yesterday.

It’s time to talk about what ails us, before it’s too late.