How St. Pete became the first city in Florida to adopt a CBA Policy

Posted on August 3, 2021 by Gypsy Gallardo in News 0 Comments 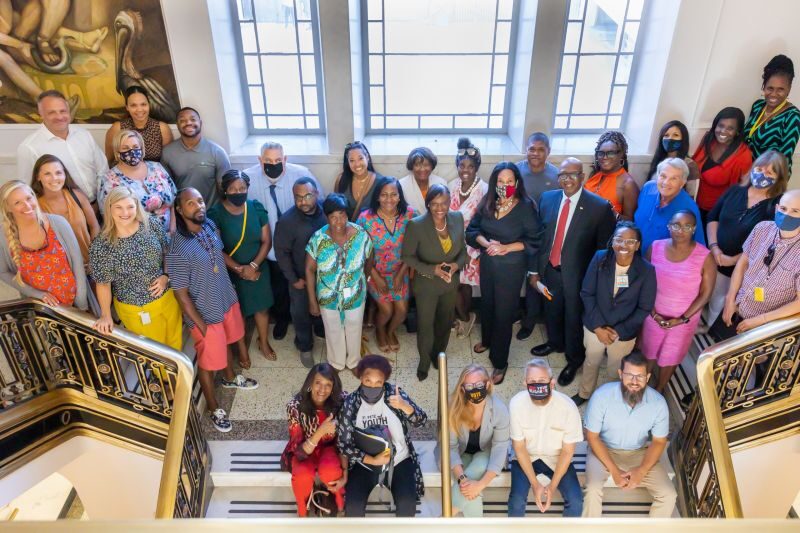 Just five months ago, the policy appeared “dead in the water,” in the words of one elected official after witnessing city council’s first public discussion on the topic at a Feb. 25 committee meeting that proved a rude awakening for CBA advocates.

Not only did they not have a majority of the council behind them (as they’d come to believe after a dozen meetings with councilmembers), but most members present did not even see the logic of what was proposed.

The advocates thought solid support turned out to be a mere three councilmembers in their corner – Deborah Figgs-Sanders, lead sponsor, Lisa Wheeler-Bowman, the policy’s original sponsor, and Amy Foster, steadfast champion of equity causes over the years.

Throughout the 50-minute meeting, council members cast doubt on every facet of the policy and on the work of advocates leading the charge. Several said they could readily support creating a CBA for the Tropicana Field Project but did not see the need for a citywide CBA ordinance.

In the months that followed, city staff went into high gear to re-sculpt the policy to address council’s concerns, while community advocates worked to coalesce what they knew was widespread support for the historic endeavor.

In the end, just after 6 p.m. last Thursday, July 22, the city council turned in a unanimous vote to adopt a citywide CBA Policy, making St. Petersburg the first city in Florida to do so.

Below is part of the story of how it happened.

One of the ingredients to success was that advocates stood their ground after the Feb. 25 shellacking. We were stunned but quickly regrouped with renewed determination.

We’d put in the work and would not be defeated by what we universally perceived as an attack from the rear by enemies of the policy who’d done the rounds to equip councilmembers with oppositional talking points.

Anyone listening to the Feb. 25 meeting might have justifiably come away with the impression that we were a disorganized group of activists attempting to rush a policy that had “wobbly legs” (in the words of one council member) and with insufficient engagement of the broader community.

During our debrief of the fiasco, we resolved that there would be no finger-pointing among the core team. “Not one inch of daylight between us!” one advocate declared.

Instead, we set in motion a strategy to reset the playing field. Our most ambassadorial members doubled back to meet one-to-one with councilmembers; our co-chairs did speaking engagements to shore up community awareness. We jointly initiated a media and advocacy program to rally visible support.