While both black and white voters appear to have split down the middle in yesterday’s mayoral primary, District 6 showed an undeniable black-white divide in candidate preferences.

Voters in the District’s majority-black precincts* went nearly two-thirds for the three African American candidates (63%), while in majority-white precincts, four out of five voters chose a white candidate (80%).

In the District’s five majority-black precincts, Maria Scruggs led the eight-person field by double digits, with 32% of the vote. Corey Givens and Eritha Cainion placed second and third with 18% and 13%, respectively. All three are African American. 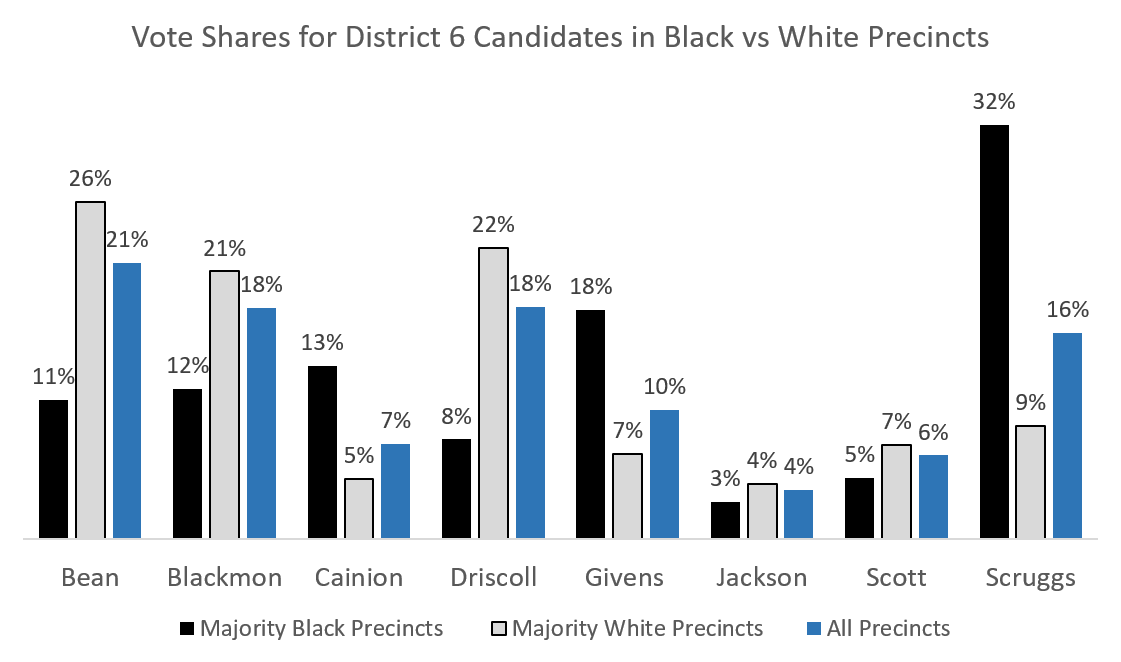 At last count, roughly one-third of registered voters in District 6 are African American. In what’s sure to be a competitive race, the run-off contenders will no doubt begin black community outreach in earnest.

TheBurgVotes team will schedule interviews as soon as possible with the two candidates who surface after the District 6 recount (note in the table below that Driscoll and Blackmon are separated by only four votes). Other community engagements are sure to start ASAP.

We will also ask for debriefs and possible editorials from candidates eliminated from the running last night, including from those mentioned above plus Jim Jackson and James Scott.

Jackson was a delegate to the 2008 convention that elevated then Senator Barack Obama as the Democratic presidential nominee. He has worked in the community since. Scott is the author of an in-depth chronology of the history of black representation in District 6 and has already agreed to publish a condensed version via TheBurgVotes.com.