Posted on November 10, 2018 by Gypsy Gallardo in News 0 Comments 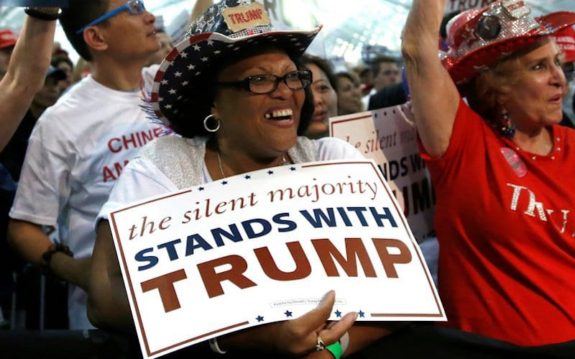 Some of us will find it hard to believe it, but yes, quite a few of your black neighbors voted for Republican candidate Ron DeSantis to become Florida’s next governor.

They may be quiet and relatively few, but they exist; and they happen to number in the tens of thousands.

The data are a bit sketchy this year because the major exit polls show two totally different pictures of the number of African Americans who lent their support to DeSantis.

One (by Edison Research) shows 14% of Florida’s black voters backing DeSantis and 86% for Gillum. The other (by the National Opinion Research Center – NORC – at the University of Chicago) shows 7% of African Americans who voted for DeSantis in last week’s election, versus 93% who went with Gillum.

The reality may be somewhere in between, but odds are good that the NORC poll is closer to the truth. It polled 120,000 voters year versus Edison’s 101,000.

Plus, the NORC method was specifically designed to account for the fact that more voters are choosing to vote early and absentee these days. An overwhelming share of Edison’s polling was done at the polls on election day).

So how many African Americans backed DeSantis?

According to current vote totals, close to 1,068,169African Americans across Florida cast their ballots in the 2018 Midterm, which translates to somewhere between 74,800 and 149,500 black Floridians who voted for DeSantis.

Your next question is “Who are these brothers and sisters?” Well, as they say in church, “Look to your left and look to your right.” Chances are good that an African American on that pew voted for DeSantis this year.

Whichever exit poll you believe, about one and 10 black Floridians chose the Republican candidate for governor. 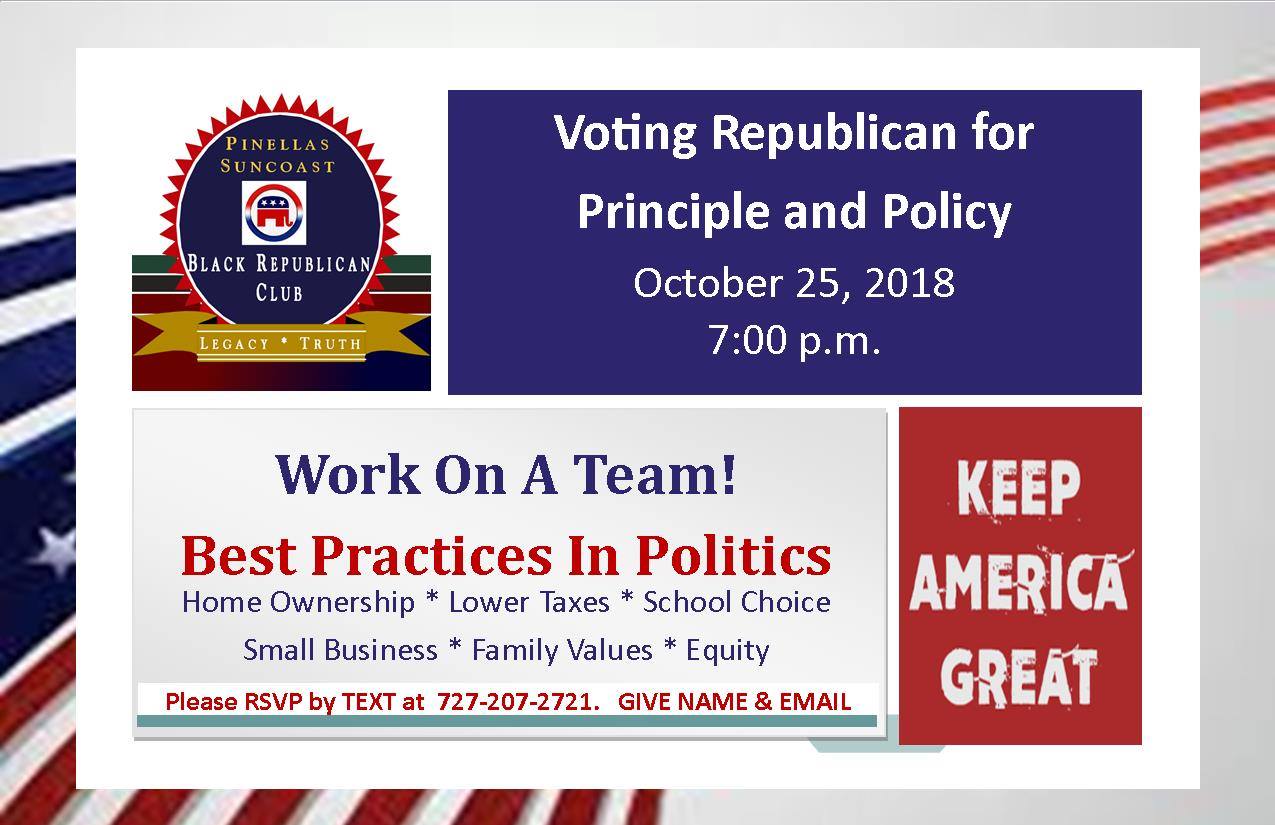 Their ideology may be a little different than that of Trump and DeSantis. Notice the “Keep America Great” message in the bottom right of the flyer above – a deviation from the “Make America Great Again” rallying cry of the 45th president.

But they were a critical bloc in DeSantis’ tenuous victory over Gillum. Their vote in the 2018 Midterm accounts for over four times DeSantis’ current lead over Gillum (as we await final voting numbers to post).

What the Exit Polls Say About Black Florida’s Vote

ALL BLACK VOTERS
The Edison poll estimates that 14% of black Floridians went for DeSantis versus the 7% estimate by the NORC. 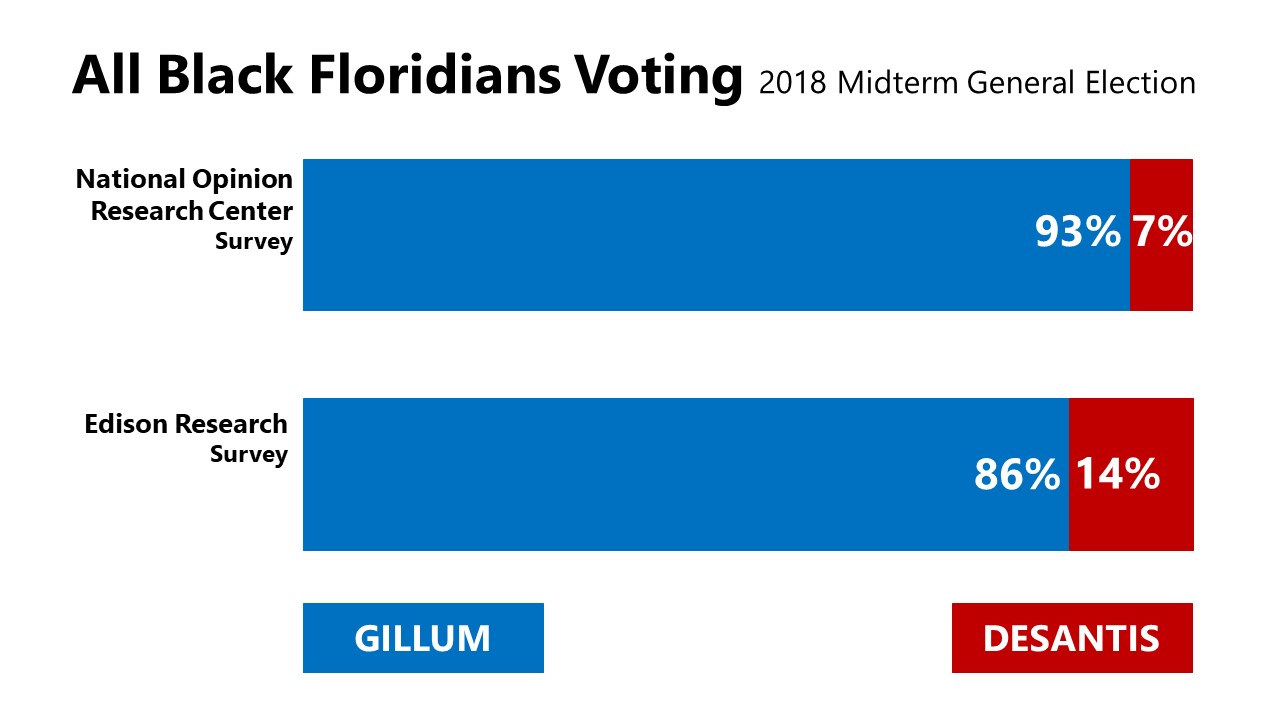 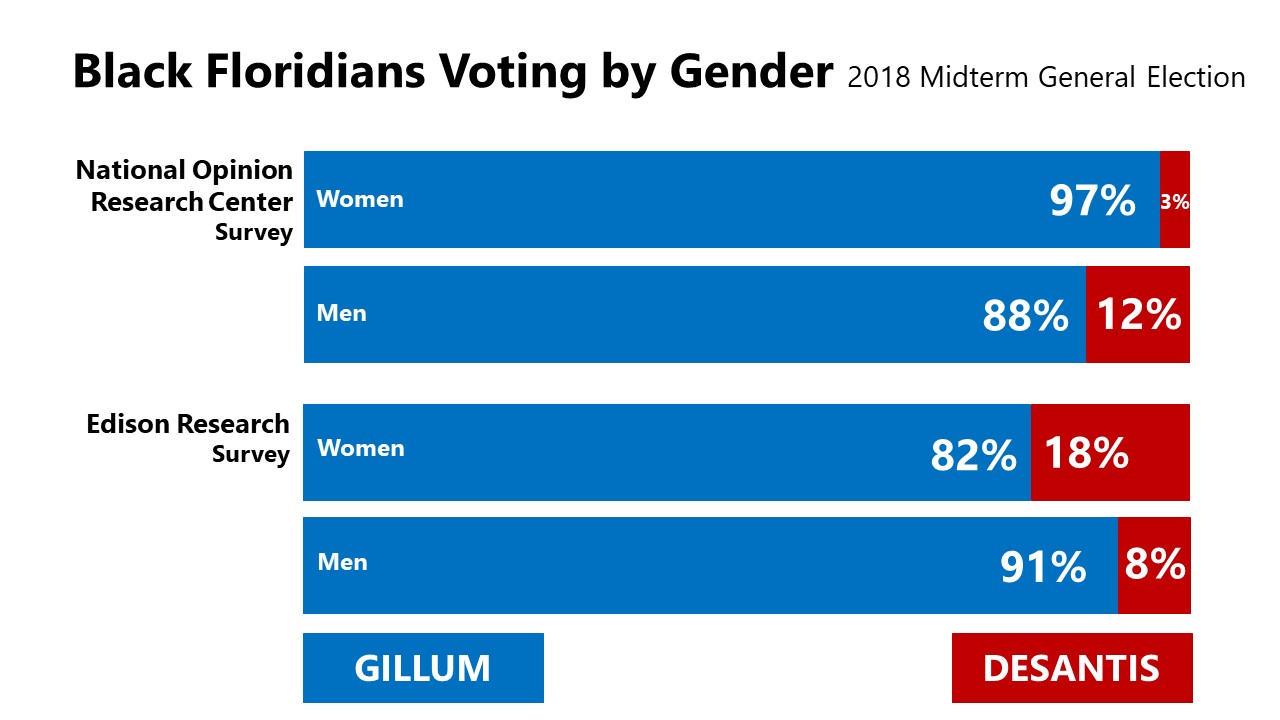 Which Poll is Closer to black Florida’s Trump vote in 2016?

In 2016, a major exit poll that broke-down Florida’s black vote showed 8% of black Floridians backing Trump, which is closer to this year’s NORC’s estimate that 7% of black Florida voted for DeSantis in the 2018 Midterm.