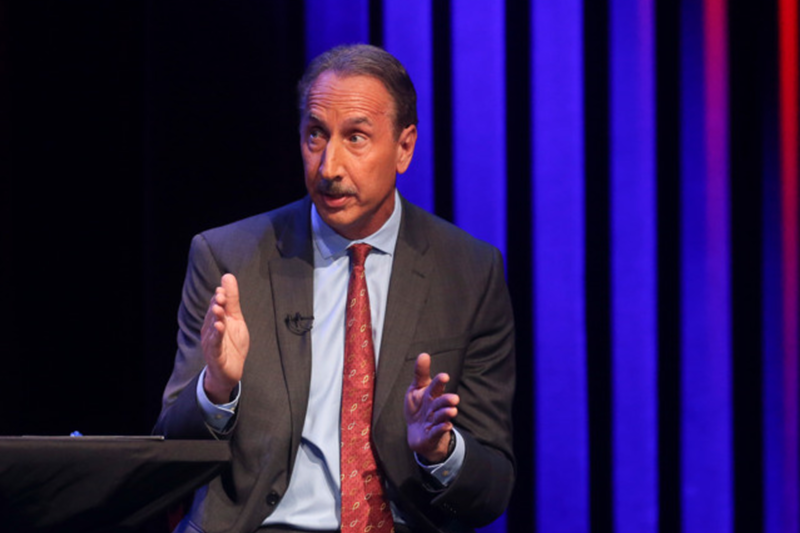 Well, everyone knew this day was coming, even if some political players feign denial.

Judging by their hounding of his strongest opponent, incumbent Mayor Rick Kriseman, and their history of positive coverage of Baker (not shitting you here), it seemed like a matter of time. And the time is right — mail ballots are out and the initial election is about four-and-a-half weeks away.

The Times rarely endorses (ugh, there we go again, recommends) a Republican, let alone a super conservative one like Baker, but since this race is supposed to be nonpartisan (psssssh!), they are supposed to leave things like personal political ideology, past shunning of part of the community, etc. out of it. And as the above-linked Easter egg might suggest, the Times-Baker bromance may have been a thing since before disappointingly partisan non-partisan races became a thing.

The plusses they note about Baker are objectively positive: His administration appears to have laid the groundwork for the city’s “renaissance” or at least didn’t stand in the way when a bunch of young poor artists who were hanging out at the Globe decided to expand their territory… and how his philosophy about the city’s role in public education is to creatively address problems everyone else who is in a position to make positive change is ignoring… and his seemingly earnest efforts to mend the generation-spanning injustices that plague south St. Pete (regardless of whether or not one thinks approaches like opening a didn’t-last-a-decade corporate grocery chain (or two) represent a way of thinking that’s dated at best).

To the Times‘ ed board, Baker’s Christian conservatism, which he literally wears on his chest (get a load of that Jesus fish tie he wore at Tuesday’s televised debate, pictured above) is NBD; they trust that he’ll get the hang of How We Do Things Now even if he refuses to fly the rainbow flag during Pride Week. Neither are his deep ties to the same Republican benefactors who fund the likes of Donald Trump, Rick Scott and the very state legislators who seek to undermine local control when it comes to environmental and social policies they don’t like.

Kriseman backers have also wondered aloud why, during Baker’s first go in 2001 and even now, the Times never wrote about the fraud charges for which his father and brothers were tried (and, in the case of at least one brother, imprisoned). Maybe they see it as irrelevant, especially almost 30 years after the fact.

The Times argument against Kriseman — despite his forward motion on issues that have stagnated in the city for decades — stems largely from mismanagement from the sewage crisis.

Not that it’s any excuse, but the likes of Kevin King (Kriseman’s chief of staff) had to see the likes of Baker licking their chops on the horizon as the city’s wastewater problems went from crisis to scandal in 2015 and 2016. Perhaps in trying to downplay and avoid taking responsibility they were hoping it wouldn’t be so bad. But, unlike Baker, Kriseman is not serving during a drought, so it got worse.

Critics, including the Times, accuse the Kriseman administration of passing the blame onto administrators and other decision makers.

Let’s be serious here, though. You know every time Kriseman wakes up to a damaging Times headline, particularly about sewage or the Pier, he must clench his fist and shout “CONNORS!!!!”

That’s because former Public Works Administrator Mike Connors seems to have had a hand in every bad decision that’s dinged and shaken the Kriseman Administration: The recycling rollout. The Pier. Sewage.

How adamant was he that the Albert Whitted sewage plant shut down before there was enough capacity at the Southwest plant to offset its closure? Not sure. Did he intentionally botch the rollout of curbside recycling because he’s secretly an ally of Baker, who famously dislikes the idea? That’s a little far-fetched. Did he spend extensive time steering the Pier Selection Committee toward an unpopular design concept that involved demolishing of the inverted pyramid? Yeah, actually.

At one Pier Selection Committee meeting (at least), he waxed poetic about Alma — the one with the weird tower, which the public wildly disliked — the way I do when describing the Kinks album Something Else to complete strangers (ahhh, yes, that’s the stuff. Damn it, why was I born in the ’80s?).

At least the Times ed board mentioned the huge accomplishments that have taken place in the last four years on the Tampa Bay Rays, the new police station, curbside recycling (the city only trailed every other city in the country on that by a few decades), the Pier, a wage-theft ordinance, etc.

Conservatives on the sidelines point to how a liberal rag (ha!) like the Times backing a candidate who’s a Christian conservative speaks to how much Kriseman sucks or how awesome Baker is; the argument is bullshit. The Times has never not endorsed Baker (though they endorsed Kriseman in 2013).

The ed board probably doesn’t really care that their “recommendation” puts the city on pace to lose its reputation as an LGBTQ hub, give up on efforts like a possible plastic bag ban and go back to a time when the city’s homeless were treated like debris.

Prognosticators will now say it’s over for Kriseman, now that the Times ed board has put its thumb on the scale — but if that’s the case, if comments on social media are any indication, the financially struggling paper will have significantly fewer subscribers.

For the city’s many progressives, a Baker administration might not be all that bad in the end, as long as Baker and his crew don’t stack the City Council with allies who will pull a Trump on the city and undo some of the bold and forward-looking measures the city has passed in the last three or four years.