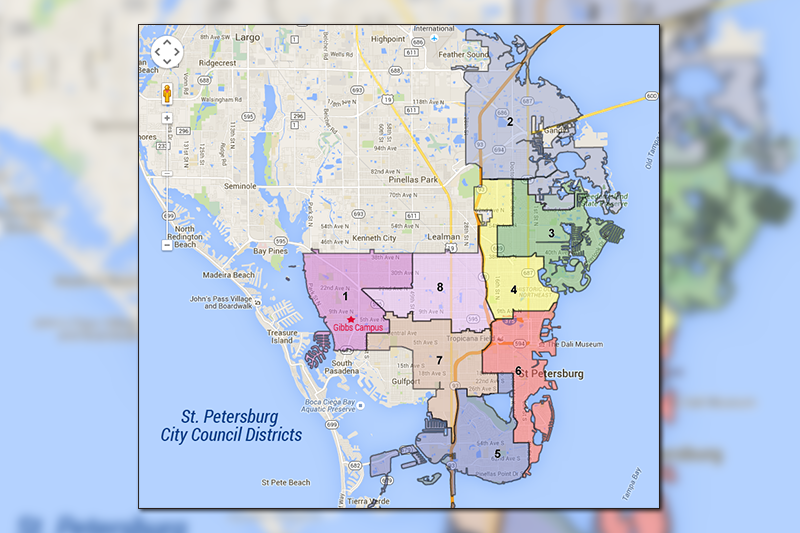 The following facts will be well-known for some, but surprising to those of us not up-to-speed since City Council districts were redrawn in 2012. The process led to major changes in representation for African Americans.

Here are 5 facts about the geographic concentration and distribution of St. Petersburg’s African American electorate.

#1 Only one of St. Petersburg’s eight City Council district’s is majority-black

District 7 is currently the only City Council district where African Americans are a majority of voters (64% of persons registered to vote, and 65% of those who actually voted in the 2013 Mayoral contest). Next in line is District 5, followed by District 6.

#2 Black voters are overwhelmingly concentrated in Districts 5, 6, and 7 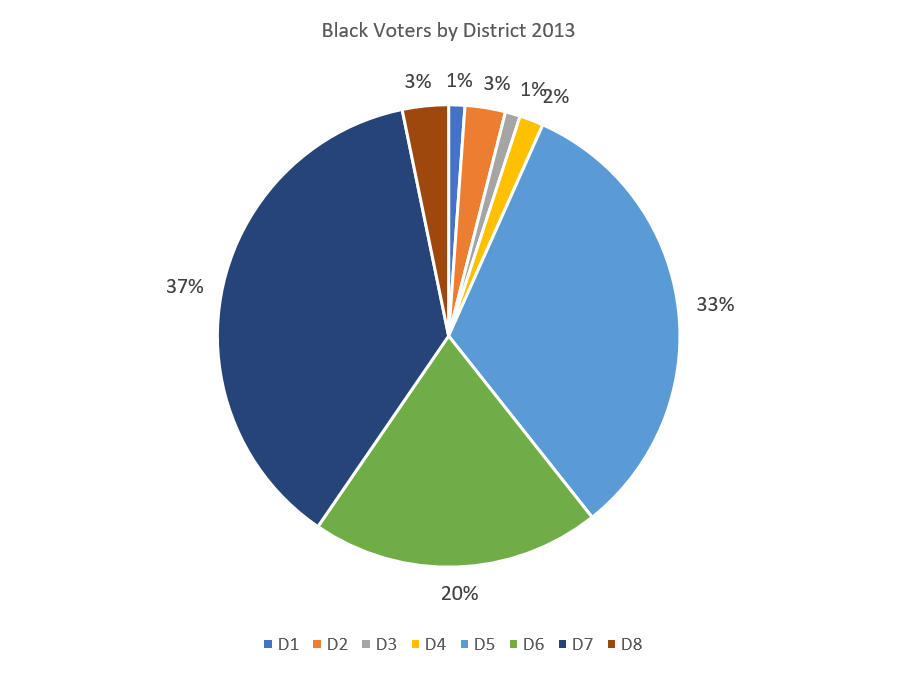 District 7 (currently represented by City Councilmember Lisa Wheeler-Bowman) has the largest black voting base in the city (over 12,000 strong, in terms of registered voters in 2013).

[* The asterisk symbol in the table below denotes the highest registered voter count, actual vote count and voter turnout rates for African Americans]

Although District 7 has the largest base of African Americans registered to vote, and the largest black vote count in the 2013 election, it is District 5 (currently represented by Councilmember Steve Kornell) that had the highest black voter turnout rate in 2013.

Black voters claim under 10% of the electorate in five of the eight St. Petersburg City Council districts. In District 3, currently represented by City Councilmember Ed Montanari, only 1% of voters were black in the 2013 general election.