Enough of the Insanity: What We Need is a Little “Crazy” this Election Cycle 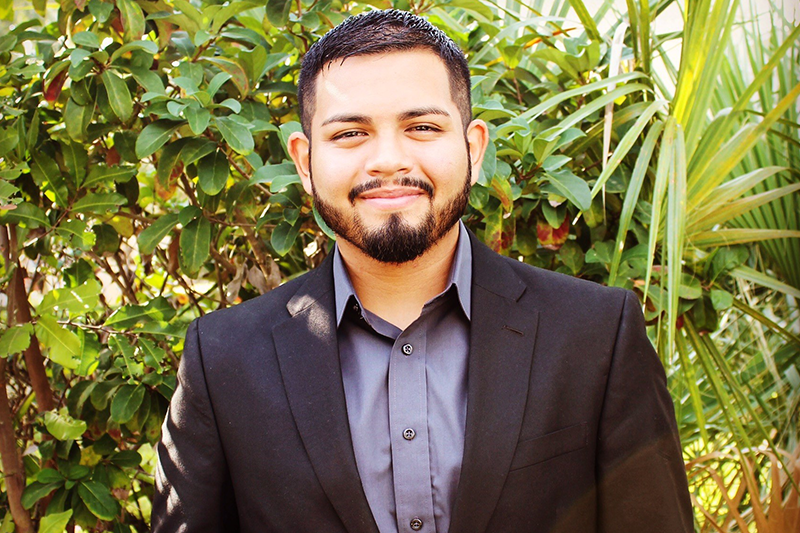 For anyone who knows me, you have heard me say this before: the definition of insanity is doing the same thing over and over, expecting a different result. I am NOT insane, but I am one of the craziest people you will ever meet, and I say, it’s time for a little “crazy” this election cycle. It’s time for us to “be new.”

I’m relatively new to the Burg. I moved to South St. Pete just a few months ago but became invested in this city over a year ago when I was involved in the Florida House District 70 race. My candidate, C.J. Czaia, did not win the primary and, well, the rest is history.

I have spent countless hours here, speaking with residents, walking neighborhoods, listening. There is one thing I am certain of, the neighborhoods here remind me of my hometown of Palmetto, Florida, right across the Skyway Bridge.

A small 2-bedroom was home to my family of six. Being the oldest, I had to acquire the street smarts necessary to survive in the 1990s wave of gang violence and drugs that gave tiny Palmetto some of the highest rates of crime (per capita). I experienced it first-hand since the street I grew up on separated the turfs of two rival gangs.

Though I am new to the Burg, I am not new to the struggles. It feels like home here – not because of violence – but because of the economic inequity, gentrification and urban apartheid that exists here. Everything else is an effect of these things.

We have local politicians who don’t care about our community until it’s time to cast a ballot. Then, once elected, they do the bare minimum so that we sit down and shut up. Their mentality being “be happy you got anything at all.” They worry about a Pier. We worry about our daily survival.

We are going through an identity crisis. I know because I’ve been through it on the most personal level, as the first-born son of immigrants, with an accent, trying to exceed the low expectations that surrounded me – a statistic waiting to happen. The older I got, the more difficult it was for me to understand who I truly was. When I went to school, I was too “Mexican,” and when around relatives, I was too “white.” Never enough of either.

It’s hard to know who you are with everyone else telling you who you ought to be. I see this here in our city. We sell our vote to the highest bidder. We allow others to tell us who we should follow. We have given up our right to decide and think for ourselves. We tear each other down – our neighbors, our brothers and sisters, our own community – for a small bone. When it’s all said and done, we are left with nothing.

That is why this particular election cycle, here in St. Pete, has me re-evaluating what I thought I knew about local politics. With so many different candidates in multiple races, it’s easy to get lost in the minutiae. Don’t be fooled – from my observations- there are only 5 candidates who truly speak to our community. They are all minority candidates (people of color) and none of them are leading in the polls.

I hear “no more politics as usual” every single election cycle. I strongly endorse the efforts of the New Deal and the PBR and other local leaders who are trying to change the dynamics of how we do things at a local level. We don’t have the time anymore to sit back and wait for someone to come and help us – we have to stand up and take what is ours.

For everyone who uses elections as a venting cycle, you need to get off your couch and get involved. Nobody is entitled to anything. My father always taught me to work for what I wanted and I will get it. So far- he’s been right.

We live in a system that enables us to believe we can’t do anything to change it. History shows us that the power rests in the people.

We really are stronger together. Let us not forget that when the dust settles after election day and we get back to the reality that we live in, nobody has cared and nobody will, not unless we unite and make that happen.

Let’s not do the insane same ole’, hoping that someone will listen. Let’s do something new for once; let’s be crazy. A little bit of crazy might just be what we need around here, after all.

One thought on “Enough of the Insanity: What We Need is a Little “Crazy” this Election Cycle”