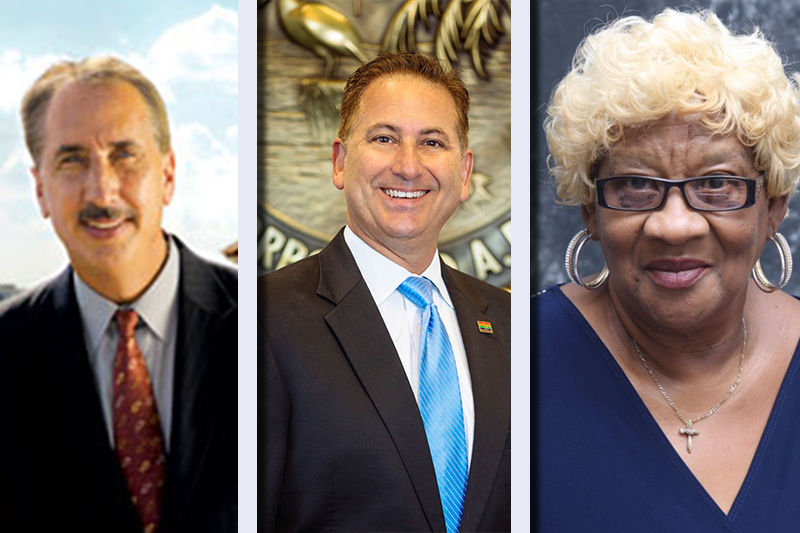 The latest poll, conducted yesterday by StPetePolls, shows a dramatic shift in the split of St. Petersburg’s black vote heading into the August 29 primary election.

Compared to the July 17 poll by the same group, Rick Kriseman climbed 10 points (to 38.0% of likely black voters), while Rick Baker and Theresa “Momma Tee” Lassiter held steady (at 38.6% and 6.0% of the black vote, respectively), and Paul Congemi inexplicably gained nearly 5 points (to 7.8% of the black vote).

The other two candidates in the field lost some of their base in the African American community, according to the poll report. Young Anthony Cates slipped to 1.8% (down 3.5 points), while Nevel tumbled to 2.4% (down 1.3%).

Meanwhile, the white vote split remained nearly frozen over the three week gap between polls. There, Nevel picked up nearly 1 point, while Kriseman lost an almost equal smidgen and Baker picked up a third of one point.

Overall, among all voters combined, Baker still leads by a yard over Kriseman (at 6.4% out), though the gap between the two men narrowed by 1.6 points (equal to one fifth of the gap last month).

Nevel and Congemi saw fractional gains citywide as well, of 0.2% and 1.1% respectively.

Here are the breakdowns

StPetePolls reports a 3.1% margin of error at a 95% confidence level for the poll results above.