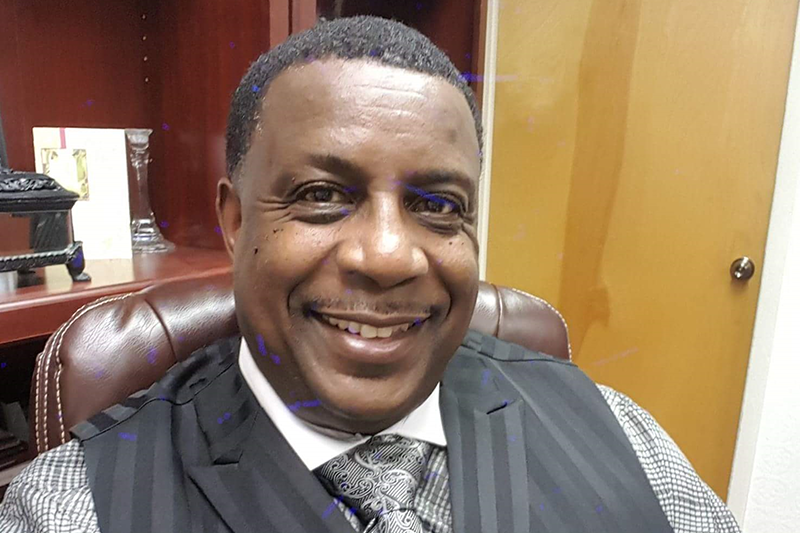 As we wind down to the August 29th primary election, I have seen and heard a lot coming from each of the candidates. With the current racial and political climate in our country, this election is all the more crucial. The “Make America Great Again” motto has proven to be nothing more than a code term to embolden White Supremacists, White Nationalists, Neo-Nazis, the Ku Klux Klan, and other hate-centered groups. Hate is on the rise and has been given credibility by the highest level in the land, the executive branch and our current president.

So I struggled with a desire to be a part of the process…feeling as though the wind had been knocked out of me, as I watched this nation spiral down into the immoral abyss.

But that feeling did not last too long, and I knew that my voice was needed and should be heard within this election process, given the current state of affairs in our nation. I agree that all politics is local, which means that even the local elections must be given proper attention so that voters can make informed decisions at the polls, not only this year, but in 2018 as well as 2020 and beyond.

We have to vote out and keep out of elected office, those who do not support our values and our goals as a great nation that upholds the belief that all people are created equal.

St. Petersburg is undergoing its own challenges. However the city is showing signs of economic growth and stability, even as we struggling toward the ideal that all of its citizens have equal access to this prosperity, equal access to educational opportunities, and equal access to a feeling of safety and security in every neighborhood.

Mayor Rick Kriseman put a Pier plan in place that was sorely needed. He resolved the situation with the Tampa Bay Rays. And he hired Police Chief Anthony Holloway who has implemented very successful community oriented policing policies. As a result crime has gone down.

Mayor Kriseman has also shown an ability to work with our city council to get the city moving in the right direction. Downtown St. Pete speaks for itself. Mayor Kriseman helped to implement the South St. Petersburg Community Redevelopment Area and I would like to see him continue this vision and to improve on it. I like the fact that he has endeavored and brought about initiatives and policies that will make St. Petersburg greener and hopefully stronger.

Maria Scruggs is the best candidate to represent the 6th District on the city council. She is passionate about the 6th district and the experience she will bring to the council is unmatched. She has her hand of experience on how to overcome the failures, and to build on the successes of South St. Petersburg initiatives, and is well suited to handle the complexities of city council responsibilities. Maria’s aim to ensure revenue from Tropical Field redevelopment reach Midtown is an effort that I think she can help make a reality.

We have a ways to go here in St. Petersburg, in education, equal economic opportunities, crime reduction, racism, and bigotry. We need the best that we can possibly have in elected office for such a time as this.

Before I conclude, I feel compelled to say this. The campaigns of Jesse Nevel as Mayor…and Eritha Akile Cainion for the 6th District Council seat has brought a new awareness into our political process and have sparked great interest in righting the wrongs done in order for the city to successfully move forward in unity. Their radical campaigns and their passion for much-needed change in our city have not gone unnoticed. I reckon they will both be major factors in the political process of our city for years to come, and I look forward to working with both of them to that end.