Posted on September 6, 2017 by admin in News, The Black Vote 1 Comment 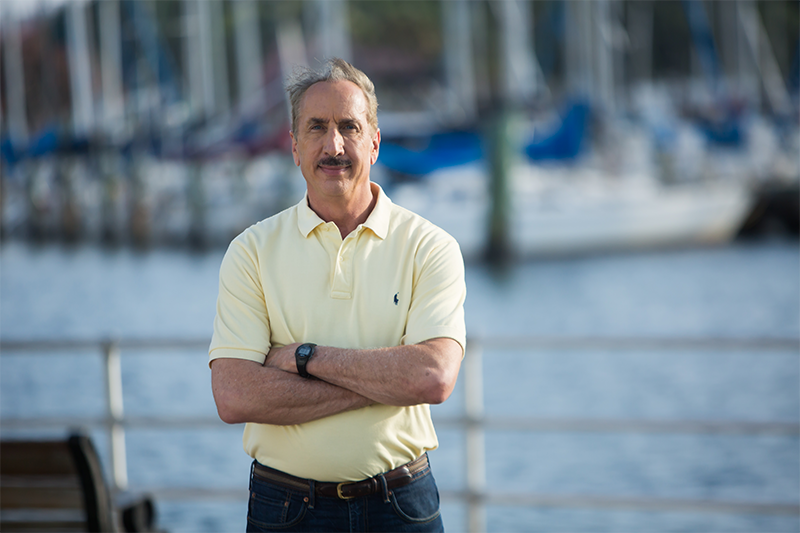 (Lessons from History & for the Next Two Months)

Several media outlets have highlighted the fact that a significant share of St. Pete’s black voters cast their ballot for Republican Rick Baker (above) in last Tuesday’s mayoral primary.

The latest coverage was a Tampa Bay Times piece offering graphics depicting that “Baker, a Republican, actually beat his Democratic opponent in the city’s most Democrat-heavy areas,” i.e., the “most black” areas (Midtown and Childs Park).

Kudos to the Times’ analyst for this objective glimpse into the often ignored dynamics of the black vote, especially given the eye-opening reactions it’s raised on both sides of the aisle.

Some Democrats were genuinely taken aback by the news, while some Republicans are chest-thumping or face-saving with this factoid.

Both reactions are strange, though, since it’s actually the norm. Republican mayoral candidates have long won a lion’s share of votes in the city’s majority-black precincts.

In fact, current Mayor Rick Kriseman became the first Democrat since the turn of the century to win St. Pete’s black precincts in 2013 (and arguably the first Dem to do so in two decades, if I recall correctly that 1990s Mayor David Fischer was Republican before he switched to Democrat for his mayoral run).

So let’s use this as an opportunity to openly discuss what it means that black Democrats have “defected” more often than not from their party’s preference in mayoral elections. “Defect” is a harsh word since its definition entails leaving “a political party, country, etc. to join another that is considered to be an enemy.”

But it’s a good stepping off point for a discussion that’s overdue. As my dear friend Lonnie Donaldson once said when challenged about his support of now deceased Republican Congressman Bill Young, “I was born black; I just so happened to register as a Democrat.”

Lonnie was a stalwart Democratic activist and one-time member of the Democratic Executive Committee. Yet, he understood, like many of us do, that African Americans cannot afford to offer dyed-in-the-wool loyalty to any particular party.

Many black Americans feel as Dr. Martin Luther King did in 1958 when he said “I don’t think the Republican party is a party full of the almighty God nor is the Democratic party. They both have weaknesses…and I’m not inextricably bound to either party.”

The reason Dr. King chose to push for Democratic President Lyndon Johnson’s re-election in 1964 was pragmatic: Johnson was fighting for breakthrough policies for black people; his opponent was not.

Fast forward to now, it just happens that today’s Democratic Party supports more of the policies that have the potential to advance black people; and it just happens that Republican Rick Baker is saddled with the great misfortune to be running for election in the age of Donald Trump, an ultimate non-starter for a huge swath of the city’s black electorate.

It wasn’t inconceivable for Baker to feel that he would win 60% of the black vote. Why not? He’d won over 80% of majority-black precincts in two prior elections. But last Tuesday, he won only 45.7% of that bloc versus Kriseman’s 46.3%.

What Baker perhaps did not account for is that, in 2017, many African Americans have drawn a line in the sand. Two lines, in fact. One is a visceral rejection of Republicans’ oppressive policy stances on the national and state levels; and two, African Americans have changed markedly in their understanding of politics in the dozen years since Baker’s last race.

Kriseman supporters are saying “it’s time out” for symbolic or shallow approaches to black community advancement, and “high time” for real economic progress, the kind that can only happen through policies that Baker has not yet espoused, but which his opponent Rick Kriseman has (e.g., workforce development, ex-offender re-entry & work programs, minority-targeted contracting, community wealth building).

Given “black St. Petersburg’s” voting history in mayoral elections, it’s probably appropriate for people on both sides to re-orient their perspectives.

Several white Dems have posted on my Facebook page how they “can’t believe any African American could vote for Baker,” to whom I’ve recited some of the history (Baker’s and African Americans’).

So for Democrats surprised by the reality that droves of African Americans voted for Baker last week, it’s a good time to bone up on our record of crossing the aisle in municipal cycles, and to re-evaluate “the case” to be made to court more black supporters for the November 7th election.

It wouldn’t hurt to study Baker’s ground-breaking work in South St. Pete (e.g., he led and supported nearly half a million square feet of construction and historic preservation in Midtown).

And for Republicans touting Baker’s win in the most heavily black-Democratic precincts, it may be wise to take a hard look at why Baker lost nearly half the black support he’d won twice before (see graph below depicting the big dip in Baker’s black precinct vote this go-round). It would be shrewd to study how times have changed in African Americans’ political calculus.

This is a “full circle” season for African Americans. On the topic of Kriseman’s primary win, his black supporters are echoing Dr. King’s words about President Johnson’s 1964 win, calling it a “great victory for the forces of progress and a defeat for the forces of retrogress.”

Though Baker is no Barry Goldwater (the rabidly anti-civil rights Republican Presidential nominee in 1964), he hasn’t denounced the “Goldwateresque” Donald Trump. And while his black backers insist that Baker is the one who can get things done, they haven’t yet said what things he will do.

I have the sense that the victor on November 7th, at least in the black vote, will be the one who speaks best to the great hunger in South St. Petersburg for real economic progress. That, plus the one who grinds harder to get-out-the-vote. Either way, history will be made.

*Figure 1 above, vote share in majority-black precincts for all Republican candidates (in 2017 primary, that includes Rick Baker, Paul Congemi and Anthony Cates)

One thought on “Black Democrats “Defect” in St. Pete Elections”