Posted on November 26, 2019 by Gypsy Gallardo in News 0 Comments 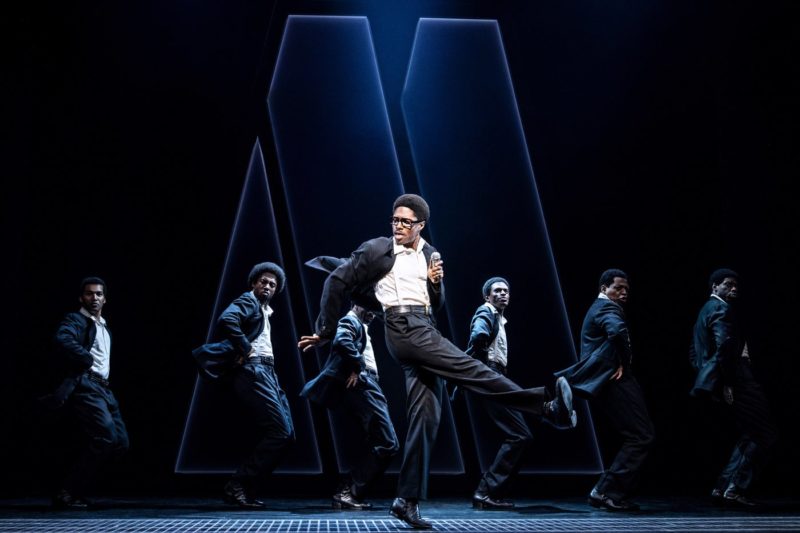 Ephraim Sykes (above) in performance that earned him a Tony nomination

As we enter a new decade, the Power Broker magazine will be publishing a new monthly round-up featuring 5 new developments for “Black St. Petersburg,” which refers to the roughly 65,000 residents of St. Petersburg who claim African heritage.

I’ve savored the idea for this spotlight for over two years, ever since I read about the national media outlet called Good Black News. It was created in 2010 for a similar purpose – to uplift more of our successes, specifically in order to a) counter the persistently negative narrative about our community, and b) to inspire more of us to pursue our dreams.

If it sounds trivial, it’s not. As journalist Susan Taylor said “Whatever we believe about ourselves and our ability comes true for us.” And unfortunately, African Americans’ self-image is so often battered in the media that I believe it limits what we believe is possible for our lives.

I also believe what famous black Olympian Jesse Owens said: “Find the good. It’s all around you. Find it, showcase it and you’ll start believing in it.”

This article is my way of doing that. I will release a “5 Big Things” line-up each week in December 2019, so please send me ideas and nominations (gypsy@powerbrokermagazine.com)!

Here’s my take on 5 Big Things that happened for Black St. Petersburg this November (in reverse chronological order).

On November 21st, it was announced that Tony nominee and St Pete native Ephraim Sykes – who recently starred in the Temptations musical Ain’t Too Proud (pictured above) – has been cast to play Michael Jackson in MJ the Musicalon Broadway. Sykes is a graduate of Pinellas County Center  for the Arts at Gibbs High School and of the Alvin Ailey/Fordham University BFA program.

The 34-year old works full-time in the arts. He made his Broadway debut with The Little Mermaid and later his principle debut as Bennyin the off-Broadway revival of Rent. He performed in The Wiz at Encores, and in Broadway’s Memphis.

Sykes continued stage performances with Bring It On At the Alliance Theatre in Atlanta and returned to Broadway in Disney’s Newsies. More recently, he was an original Broadway cast member in Motown: The Musical and performed in Hamilton as James Madison.

Sykes has appeared in films too, including a supporting role in Dance Flickand his first starring role in Leave It On the Floor, working alongside musical director Kimberly Burse and choreographer Frank Gatson Jr, who both worked with Destiny’s Child.

When asked how he will handle the controversy that’s engulfed Michael Jackson’s legacy, Sykes told Essence magazine that he hopes to “show how human [Jackson] truly was.” As son of a Pastor – Dr. Manual Sykes – of Bethel Community Baptist Church (where his sister Martina also works in ministry) – the young Sykes may bring a unique perspective to the rise, reputational fall, and elusive redemption of one of the world’s biggest stars.

Vanity Fair quotes him as saying, “Hopefully we can all have a little bit more empathy with him, his downfalls, his demons, his struggles as well as.” Read more at Vanity Fair.

Big 2 – Davis Selected as BET Artist of the Week

On November 18th, St. Pete’s Nick Davis announced that he was featured as an Artist of the Week by BET (Black Entertainment Television). The news was shared nationally via a video interview of Nick on BET Instagram (view it at Instagram: ndartlife).

Davis, a Gibbs High grad who also studied at St. Petersburg College, is now working mostly full-time in his art while battling epilepsy. He was recently diagnosed with the disease after suffering seizures over the past four years. Davis is working to launch a website featuring his art. In other good news for Davis, the 28-year old celebrated four years marriage with his bride Tiffany earlier in November. 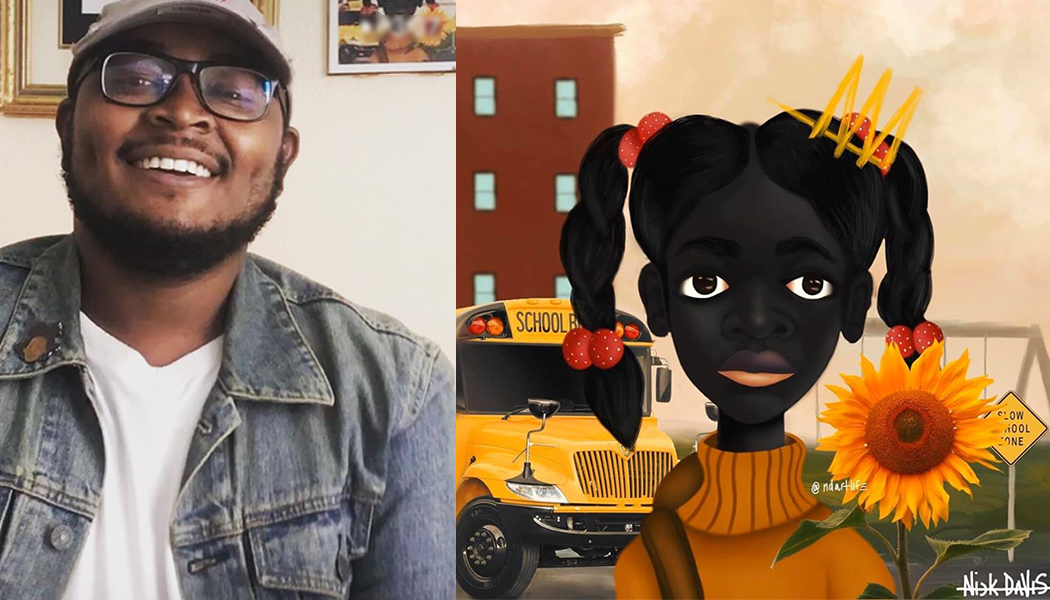 The institution currently operates in a 4,000 square foot facility on the northern periphery of the Jordan Park housing complex. New designs envision an 18,000 square foot museum.

Council actions could anchor the type of public funding strategies that helped build world-class black museums in Mississippi, Georgia, Alabama and elsewhere. Given the economic impact of St. Petersburg’s downtown museums, the Woodson could soon become an economic driver for revitalization in the South St. Petersburg CRA.

On November 7th, St. Pete’s City Council took a major step to erase the dubious distinction that St Pete ranks in the top 100 cities in the U.S. for evictions; Council voted unanimously to enact the new Tenants Bill of Rights to protect tenants from blind fees that cause too many to be evicted or severely burdened. African Americans are disproportionately vulnerable by the problem. About 45% of white renters in the City are “cost-burdened,” i.e., pay more than 30% of their income on rent, compared to nearly two-thirds of all black renters who are cost-burdened.

The new law (spearheaded by Councilmember Amy Foster) could have a positive impact for hundreds of black residents in the decade ahead. Foster will pursue additional renter protections to enhance the Bill of Rights. To receive updates or learn how you can be involved, text DISTRICT8 TO 22828. 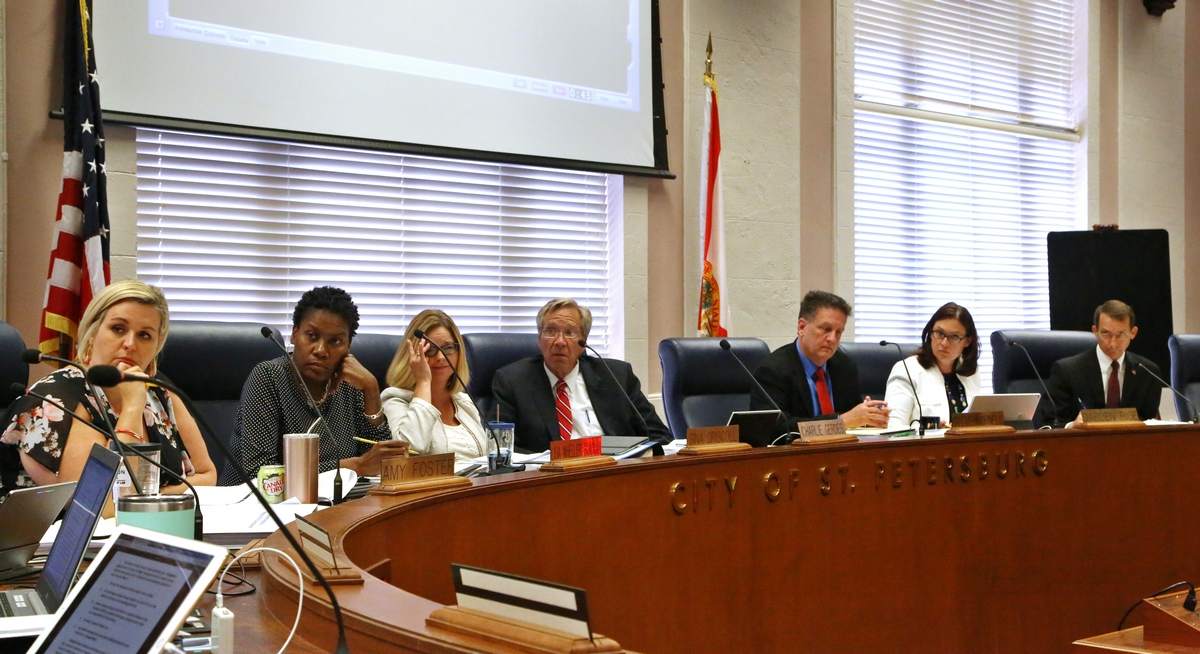 Councilmembers who voted on the New Bill of Rights 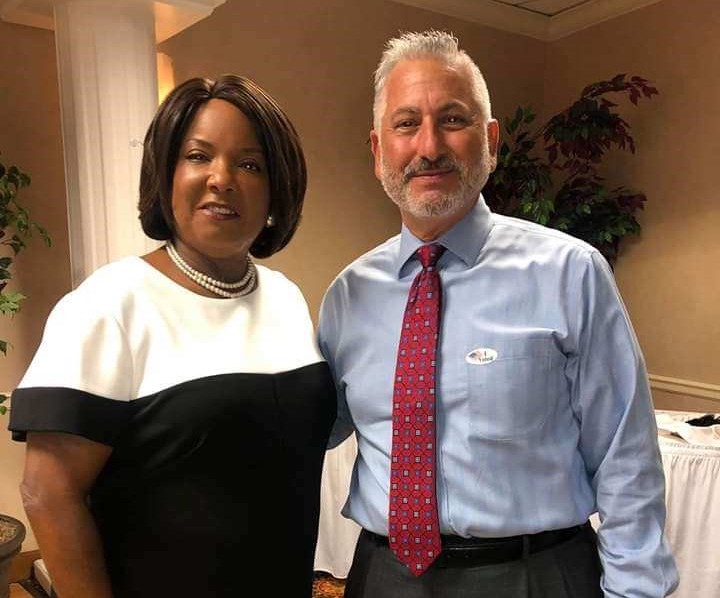 The election was historic in other ways too. Deborah’s election, combined with Lisa Wheeler-Bowman’s reelection in District 7, makes for a) two black members simultaneously on the 8-person Council for the first time since 2007 (when Earnest Williams represented District 6 and Rene Flowers was completing her second term in District 7) and b) the first time that two African American women have served together. In the past when there were two African Americans serving at once, it was either two males or a female and male).

As icing on the cake, Deborah’s race against Trenia Cox also generated what is believed to be the highest black voter turnout in any district in a non-Mayoral city election cycle. In the November 5th election, black turnout in District 5 was 25.3% (compared to 19.1% citywide).