“I Must Speak!” say Pastors Williams and Murphy in Lead-up to Clergy Convening this Weekend 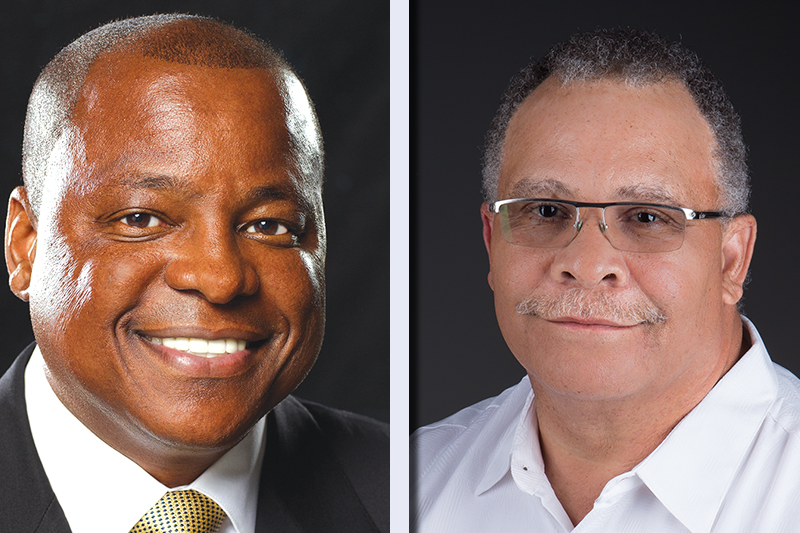 Two of the community’s most politically engaged pastors – Louis Murphy, Sr. and Clarence Williams – will co-host a meeting of clergy this weekend as one of several steps to foster “collective” dialogue among groups of community leaders and voters.

“Collective” is the term used by Pastor Murphy of Mt Zion Progressive Missionary Baptist Church in a preview copy of an editorial he’s written, which is scheduled to be released via TheBurgVotes.com next Monday.

It will be accompanied by the release of a separate editorial by Pastor Williams of Greater Mt Zion African Methodist Episcopal Church.

The two men are hoping to inspire what Williams calls a “consensus agenda” supported by black voters throughout the city. “We have the opportunity to shape the platforms of both all the candidates during this pivotal time. My brother Murphy and I are working to help do just that.”

Both Pastors have voiced support for community-led economic progress initiatives already underway or emerging, including public endorsements of The 2020 Plan, the Collective Empowerment Group of the Tampa Bay Area, and the New Deal slate of economic development policies being pushed by diverse activists.

Though Williams has endorsed current Mayor Rick Kriseman, he says “What’s most essential is that people of all walks of life get active in leading this community forward, no matter who your friend or mother or brother chooses to support.”

Murphy sings from the same sheet of music in the sparse remarks he’s so far made to his congregation and in public meetings. He says, “We have an obligation to look hard at the candidates’ track records, and to press both of the frontrunners to do more than either has so far offered.”

Murphy is head of the Seven x 7 movement of churches, while Williams leads the Gathering of Pastors, which has met weekly for prayer over the past 18 months.

Clergy belonging to both organizations will be on hand for this weekend’s get-together.