Posted on August 3, 2017 by Gypsy Gallardo in News 0 Comments 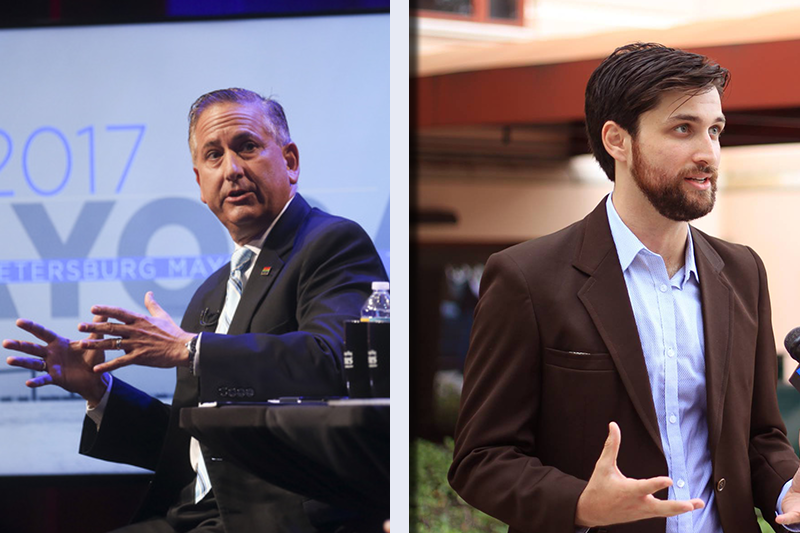 Young voters surveyed over the past week by the Power Broker Media Group chose current Mayor Rick Kriseman by more than two-to-one over his top challenger, former Mayor Rick Baker (41% to 17%).

In rank order, the 101 Millennials who completed the Power Broker’s non-scientific survey named Rick Kriseman, Jesse Nevel and Rick Baker as their candidates of choice in the upcoming Mayoral election.

The same top three surfaced among black Millennials, who comprised 72% of the young people taking part in the seven-question survey. They chose Kriseman over Baker by an even larger margin (41% to 12%).

Nevel, who is himself a Millennial, placed third among respondents overall (15%) and second among black respondents (19%).

Possible generational divide (a sharp one)

The young adults surveyed by the Power Broker show much different leanings than those arising from scientific polls by StPetePolls this June and July.

This is a sharp contrast to preferences indicated from the Power Broker’s non-scientific Millennials survey, which if at all indicative of actual voter choices, could show a major generational split among St. Petersburg’s African American voters. Please note – StPetePolls did not publish results by age and race combined; this next graphic reflects black voters of all ages with gray bars.

What Millennials said about the candidates

When asked why they will vote for their chosen candidate, it’s clear that Millennials are absorbing campaign messages. Among Kriseman supporters, his “Moving Forward” campaign tagline surfaced in the reasons named by supporters. Nevel voters cited the candidate’s support for “Reparations.” Among Baker backers, sewer issues were mentioned by two respondents (both white).

Thematic analysis shows that the words or terms most often used by Millennials to describe their choices were as follows:

*Includes those who choose “Prefer Not to Say,” when asked their ethnicity

This non-scientific Millennials Survey was conducted over the course of six days. A seven-question survey was administered in-person, by phone, and via Facebook. Facebook accounted for over 60% of responses. Results have limited applicability and should not be interpreted to represent the preferences of black Millennial age voters on the whole. The Power Broker did not confirm or cross-reference any of the data provided (e.g., ethnicity). The survey’s seven-questions/fill-in fields were: